A Chinese apparel export company shipped a container full of clothes to Ethiopia, and it sold out in two weeks.

There is also a steel factory opened by the Chinese. Because the raw materials are not enough, it only started two months a year, but the profits of these two months have exceeded 10 million yuan.

Workers at a garment factory in Rwanda at work 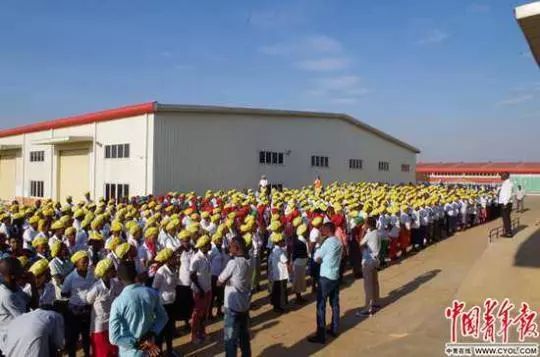 Workers in a garment factory in Rwanda are doing morning exercises In the workshop of Dongfang Industrial Park, local workers are working

According to data from the International Monetary Fund, from 2000 to 2016, among all countries with populations over 10 million in the world, Ethiopia was the third fastest growing country in the world. It has maintained an average growth rate of about 10% even for 10 years. 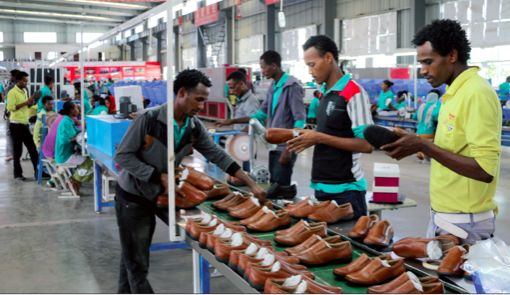 The educated actuary in the UK, six years ago, participated in the investment of a large Chinese private shoe company Huajian Group in Ethiopia.

Over the past 40 years of China’s reform and opening up, Hua Jian’s president, Zhang Huarong, has had 40 production lines from 4,000 yuan, 3 sewing machines and 8 workers when he started, with an annual output of more than 20 million pairs of women’s shoes. Look for the foreign brands he found, including GUESS, COACH, and Trump's daughter Ivanka Trump's women's shoes. However, rising labor costs and difficulty in recruiting workers have become one of the obstacles in the way.

Haiyu said that at that time, Huajian's pair of shoes with a factory price of $10 accounted for about 22% of the labor cost. In Ethiopia, the monthly salary of workers is only one-tenth of that in China.


Use the brush for shoes as a toothbrush

Treat the machine that pierces the shoe as a pistol 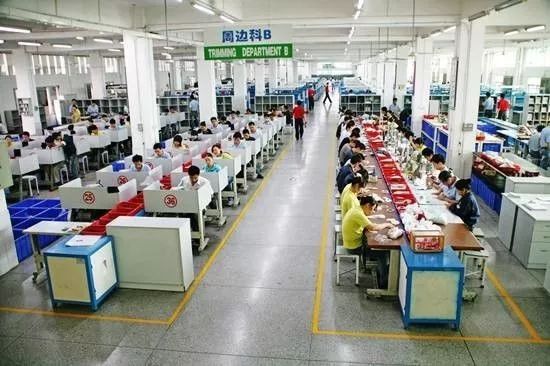 The beginning of the story is not easy.

At that time, the Ethiopian Prime Minister came to China to attract investment and hoped that at the time of the completion of the AU building built by China, at least one Chinese manufacturing company would complete the investment. At that time, it was November, and it was only three months before the completion of the AU Building in January of the following year. Later, in these three months, Huajian's first factory in Africa was completed.

The Ethiopian government’s promise to Huajian is that duty-free concessions will be given to the import of shoes-making equipment and raw materials. But the first container was detained, and local customs officers used the brush used for shoes as a toothbrush, and the machine that pierced the shoes as a pistol.

In order to solve similar problems, Haiyu found 6 deputy directors and all directors and directors of the local customs, held meetings to discuss, and invited more than 20 customs staff to visit the shoe factory to understand the shoemaking process.

When Hua Jian first arrived in Ethiopia, the recruited employees had no experience in assembly line work. Many workers lost their silhouette the next day after receiving their salaries, and returned to work after the money was spent. The problem of being late for work was not resolved until someone was expelled due to a total of 5 late arrivals. Zhang Huarong had to fight for employee training on his own, and also sent locals to study in factories in China.

Many employees are malnourished when they enter the factory, and the factory solves them for three meals a day for free. Many employees lived on nearby hillsides, and bathing was a problem. The company dug deep water wells to connect water pipes and built multiple bathing rooms. Huajian’s plant in Ethiopia has allowed local leather products exports to grow 57%. In the first year, 2,000 jobs were created, and in the second year, the number reached 4,000.

"These labor-intensive industries are actually helping the poorest people at the bottom of the population pyramid. After creating a lot of jobs, they will use their income to consume, and the economic transformation at the bottom will drive the entire social transformation." Haiyu said, "From Japan The development of the Four Little Dragons in Asia has seized the opportunity of industrial transformation in the process of global industrialization. China's reform and opening up has also taken the road of industrialization."

Today, Huajian has built 9 modern shoe production lines and supporting shoe material factories in the local area. As of the end of 2016, it has accumulated more than 80 million US dollars in exports. Moreover, the success of this shoe factory has also brought more Chinese manufacturers to pay attention to and invest in Africa.

When he first came to Ethiopia, Huajian Group chose the factory site in the Oriental Industrial Park. When this industrial park invested by a private enterprise in Jiangsu was under preparation, the Ministry of Commerce was in the process of bidding for an overseas economic and trade cooperation zone. But not many Chinese companies are willing to invest in Africa. Jiao Yongshun, executive deputy director of Dongfang Industrial Park Management Committee, remembers, "the grass grows in the park one after another."

Later, Hua Jian came to rent the first plant. The second plant was rented in the second year. When he wanted to rent it in the third year, the plant was already full. Jiao Yongshun said that after 2015, a lot of people came to the park for inspection, and many came with the project, and signed an agreement on the spot after the inspection. She later became an industrial development consultant in Ethiopia, and the first job she took over was to help attract investment in another local industrial park that had already been built.

Prior to this, the park has not succeeded in attracting investment for five or six years. But together with officials from the Ethiopian Ministry of Industry, she rented out all 22 factories in the park in less than 3 months. "My approach at the time was very simple, that was to find investors from China, India and Turkey, and take them to Huajian's factory."

From 2008 to last year, the price of land leased by the Oriental Industrial Park has increased by 68 times.

The Chinese bring more than employment. In 2015, Ethiopia promulgated the "Industrial Park Law", Jiao Yongshun said that they also have their credit here. "We are the first local industrial park, and a lot of experience is groped from us." In this landlocked country, customs clearance of imported and exported goods needs to be cleared from Linhai port to 5 inland ports, which is time-consuming and expensive. Dongfang Industrial Park promoted on-site inspection by local customs. Later, it also negotiated that the customs enter the industrial park to form a one-stop service. Now, the one-stop service of customs is written into the law.

Most of the "old Africans" who have lived here for many years now have more ambitious goals. Jiao Yongshun's company has two projects. One is to build a global jeans production base in Ethiopia, "produce at least 100 million pieces a year, all exported." In the company's vision, this is a production base of the whole industrial chain starting from cotton planting, "the cotton planting area is 400,000 mu." The second is to set up a power equipment company, "Isn’t it a matter of power transmission and transformation here? Even if wire and cable meter boxes are imported, our company will solve this problem."

They also have bigger plans. This company, which builds and operates industrial parks based on the model of Jiangsu Industrial Park, is planning to build a new industrial city in Ethiopia, "just like Yizhuang in Beijing." This new industrial city, which is expected to occupy an area of 72.5 square kilometers, has at least shown its original appearance on the planning drawings. In addition to industrial areas, there are financial, real estate and municipal facilities, "can solve the employment problem of 500,000 or 600,000 people."

This is still a poor country, and its per capita GDP is still less than one-tenth of China's.

But many people maintain confidence in this place. Economist Lin Yifu compared this with China of the last century. He said that when China began its transformation in 1978, it was one of the poorest countries in the world. According to the statistics of the World Bank, the GDP per capita of China at the time was US$156, which was almost the same as the GDP per capita of USD155 in Ethiopia. But the transformation brought about by the reform and opening up has made China the second largest economy in the world.